WAVEGUIDES workshop takes place as a part of the homonymous exhibition project by Donia Jourabchi and Taufan ter Weel at GAMU (Gallery AMU) and will result into an addition to their sound installation.

Donia Jourabchi (BE) is a sound explorer of contextual relations between body and space within the materiality of sound — an experimental approach towards a spatial practice of sound by designing spatial and sonic trategies that can be potential mechanisms of engaging the social within the physical space. She was involved in numerous collaborations, such as sound system design, public interventions, experimental music, dance and choreography, electroacoustic sound techniques and improvisation, sound registration, spatial amplification, installations and compositions, self-made instruments, radiophonic art, and graphic design. Her works question situated knowledges manifested in the physicality of sound, reflecting on the social conditions in the context-dependent and community-based articulation of site-specificity.

Taufan ter Weel (NL) is an architect, sound artist and researcher with an interdisciplinary approach at the intersection of sonic practice and socio-spatial research on urban problematics in relation to politico-economic processes. Besides carrying out collaborative and independent projects, he works as guest teacher (2014-present) at TU Delft’s Faculty of Architecture (Theory Chair), where he also received his master degree in architecture with honorable mention in 2009. He has worked as part-time instructor (2009-2012) and guest teacher (2013-2014) at The Hague University of Applied Sciences (Built Environment department), where he earlier received his Bachelor degree in 2006. Furthermore, he worked as urban researcher (2009-2010) for Cohabitation Strategies in Rotterdam, and was artistic leader (2010-2012) and co-leader (2013-2014) of Blikopener Festival & Productions, a yearly theatre, performance and installation art festival in Delft. He performs live electronic music since 2001 and followed the Institute of Sonology’s one-year course program (2011-2012) at the Royal Conservatoire The Hague.

María Prada has accepted our invitation to complement Lea Petříková’s exhibition “BALANCED” with one of her own. Her authorial origami structure will react to certain central moments of Lea’s videos, and reflect on the relationship between man and animal and on the acrobatic features connected to ancient bull rituals. María Prada is a Spanish visual artist who lives and works in Pontevedra in Galicia. Her original education was in architecture. She studied the arts at the University of Vigo, where she is currently finishing her PhD project focused on the relationship of paintings and their material supports. In 2017 she presented its practical outcomes on her first solo exhibition. María Prada focuses on theoretical research and on collaborating with other artists. 7 – 8 p. m.: Guided tour : “Ontology of Encounter” with Václav Janoščík and the exhibiting students of FAMU, Department of Photography

9 – 11 p. m.: Night portrait shooting with the students of FAMU, Department of Photography

During the evening you can look forward to a DJ set of the Northern Electronics label: https://northernelectronics.bandcamp.com/ 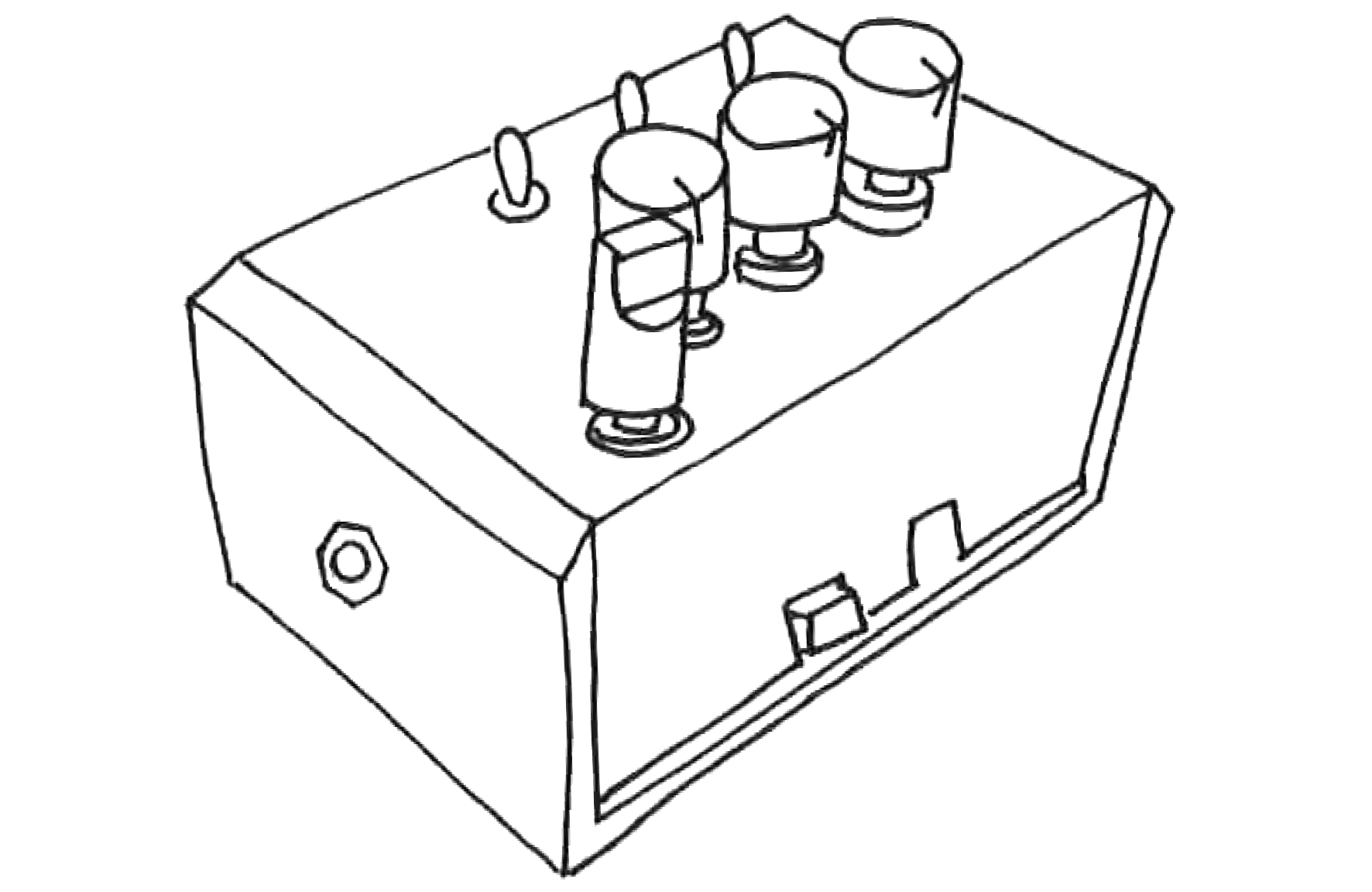 In this workshop participants will create a crude instrument. The instrument consists of a small electrical motor as sound-source and an interface made from cardboard and pushbuttons. The electrical motor used is a stepper motor, which produces resonant frequencies that resemble musical tones for different speeds.

During the workshop we will create a control signal (based on a 555-timer) and connect this to the motor driver. After we assembled the electronics we will play with interface design. The resulting object will be an electro-acoustic experimental instrument.

The workshop is suited for beginners as well as people with more advanced knowledge on the topic. Electronics can be provided pre-assembled to participants who are not familiar with building electronics themselves, so they can focus more on interface design. More advanced participants can first alter the design of the electronics, after which they will also build an interface.

Marloes van Son builds systems, installations and instruments. The electromechanical systems that she develops use and explore natural phenomena and everyday household appliances. By repurposing ordinary objects, she aims to create unusual yet familiar experiences. Many of her works start from a visual component, but sound is always an integral part of the eventual piece. Her current project, ‘Devices,’ deals with alternative electronic sound generators, using stepper-motors, unstable oscillators and Arduino-programs as sound-source.

The workshop takes place on the occasion of the “Non-Functioning Functionality” exhibition at GAMU and the produced devices will become part of the exhibition for the remaining two weeks. The workshop is for free.

How to read and interpret Flusser’s Protean and transdisciplinary legacy of “communicology,” comprising of non-linear and overlapping narratives, literature, philosophy and communications theory. The experience of being an emigré uprooted him from his own culture, language, and severed his ties with inter-war Prague. The publication of his collected works in German was left unfinished and the manuscripts dealing with the conditions of freedom, technological paradigms, society and art are processed in archives.

Flusser was also one of the persons responsible for integrating the “Czech new-media image” into the wider European context. Since the 1980s, we can trace Flusser’s influence across all of Europe, and especially in Central Europe (for example in Hungary, Poland, or Slovenia) they resonated with the new geopolitical and social situations.

Flusser’s images and theories were initially received with excitement, becoming slowly “domesticated,” altered, forgotten and reduced to a few theses on codes, technical images, media and digital photography. Is there still, in 2017, much in Flusser’s texts which merits revisitation, or are they simply an object of academic scholarship and historical archive work? PhDr Milena Slavická
is an art historian, curator and author. She graduated from Charles Univeristy with a degree in History and Art History, later working for the National Gallery. Between 1990 and 1996 she was editor-in-chief for the magazine Výtvarné umění. She has been lecturing at the Academy of Fine Arts in Prague. As author she published her debut Povídky Jamrtálské. Along with philosopher and translator Jiří Fiala she edited and published the publication Vilém Flusser – The Power of the Image, Selected Philosophical Texts from the 80s and 90s.

Mgr. Kamil Nabělek
is a theorist, art historian and curator. He teaches at the departments of Art History and Architecture at the Technical University of Liberec. He deals with the work of Vilém Flusser in his dissertation.

Mgr. Miloš Vojtěchovský
is a curator, publicist, practician, historian and art theorist. He teaches at the Centre for Audiovisual Studies at FAMU. He is a co-organized and conceptual author of the symposium entitled Excavating the Future which was held at the Goethe Institute in 2001.

Flusser’s philosophy of photography argues for a strong difference between traditional pictures and technoimages, especially between drawing and photography. But he also mentions important continuities between them, for example the fact that both compose and organise their visual content in two-dimensionality, which allows for a synoptical overview. The specificity of such a genuine pictorial overview was expressed in the philosophical term “state of affairs”.

The lecture argues that this contradiction in Flusser’s media history can be seen as a precise description of pictorial qualities, which are also mentioned in the work of philosophers like Wittgenstein, art historians like Max Imdahl or artists like Josef Albers. In this context the lecture ultimately professes the continuities between drawing and photography (or technoimages).

Ulrich Richtmeyer’s lecture is part of the accompanying program of the exhibition “Bodenlos. Vilém Flusser and the Arts” at GAMU.

Ulrich Richtmeyer studied Free Art at the Bauhaus-Universität Weimar, where he received an M.A., and philosophy at the Humboldt-Universität zu Berlin. In 2006, he received his Ph.D. in philosophy from the Humboldt-Universität zu Berlin with a dissertation on “Kant’s Aesthetics in the Age of Photography”. He then worked as a research associate at the Institute for Arts and Media at the University of Potsdam, as a research fellow at the NFS Eikones (Basel) and at the IKKM Weimar. From 2013 to 2015, he holds a visiting professorship for »visual thinking and perception« at the University of Potsdam, where he also finished his Habilitation (second book) on “Wittgensteins Bilddenken” in 2016.

The lecture will be held in English.