Exhibition is not open to audience.

Exhibition project of the first year of the Photo FAMU Classic Photography Studio.

The hour between dog and wolf, when the difference between the two cannot be distinguished, indicates something much more profound than just the time of day. At this time, each being becomes its own shadow, that is something different than itself. It is a time of metamorphosis, when half the people wish for and the rest dread the dog becoming wolf. The label for this time has been handed down from early Medieval ages, when village people believed such transformation could take place anytime.

From the perspective of the astronomers, dusk and dawn are the times of day when the Sun’s center is located between the 0 and 18th degree under the horizon. In this time frame, which can be fixed to about an hour before sunrise and an hour after sunset, the surroundings are not wholly illuminated, nor are they completely dark. The sunlight coming from below the horizon and reflected by the sky is characteristic of its immense softness, an absence of shadow and the silhouettes of objects framed against its backdrop.

The central condition for the works created as part of the Studio of Classical Photography of FAMU during the Winter semester of 2020 was exactly this hour before the arrival or departure of daylight. In terms of genre and theme, the works focus on landscape, architecture, portraiture, nude, still-life, as well as staged and documentary works. Creating the works in exteriors was not obligatory, and the students were encouraged to work with the above-mentioned character of natural light also near interior windows, or in a daylight studio. The condition was however the use of classic film material, and not video or digital devices. But the choice of format, film sensitivity and camera type, including pinhole cameras and other experimental devices remained wholly at the students’ discretion. Honor the hour when a single hue can become the cosmos!

The Confluence exhibition is taking place in the GAMU, at the same time. It is a collaboration project of Photo FAMU and the Department of Alternative and Puppet Theater of the Theatre Faculty of the Academy of Performing Arts in Prague. 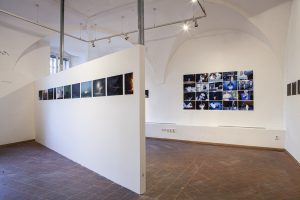 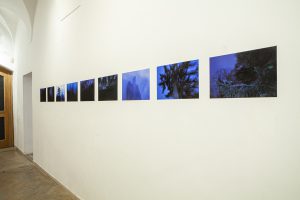 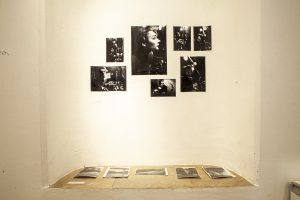 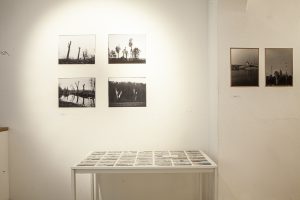