Opera directors Veronika Loulová and Vilma Bořkovec set out to explore their frustrations about the opera world – where each seeks to express these grievances through her own particular style. In their first and probably last exhibition LAST SURVIVORS they take a critical look at the boundaries of opera and the rigidity of the system that still prevails in opera.

You either laugh or you cry. There is nothing else to be done for GAMU’s most recent exhibition LAST SURVIVORS – you won’t survive otherwise.

Perhaps every averagely informed opera lover knows the plot of the famous work about maestro Mozart, the painter Beran and the lascivious police chief Švejdar, who wants to circumcise the painter [VB1] and have his penis all to himself.

The year is 2021, and the setting is Prague during the Napoleonic wars, which also play a central part. But the artists of this production scramble the plotlines any way they like. It is true that the exceptional imagination of the artist duo and the force of the drama which they show can, at certain points, overcome the work’s overall temporal disunity.

However, the evocative dinosaurs running around in uniform only distract the viewer and draw attention away from the intimate story itself, which in the overall production seems to stand as if frozen. It also seems Loulová and Bořkovec perhaps just read a mere synopsis of the story, and do not know the libretto, much less the musical score.

One morbid detail is the torture of Mozart, whom the artists have harassed with an electric knife, while Beran, keeping to the libretto, speaks about the poor wretch having “a belt of nails fastened to his temples”. It is a trifle which completes the final scene, where Mozart is at the top of the Angelic Castle where he is to be circumcised at dawn. The characters walk the stage, but do not express any emotion and there is no passion between them – although when they do attempt this, their interactions achieve an almost parodic level of drama.

The exhibition can be taken with a dose of good humor, but the overall production is rather a thing to sleep through. Perhaps the dozing of the audience is broken by the finale where Mozart is supposed to commit suicide by throwing himself off the ramparts of the Angelic Castle. The artists resolve this in different ways, but the plunge which they have in GAMU certainly has no equal on the world’s stages: Mozart runs upstairs from the office, probably falls through the ceiling (that’s a figurine though) and irrupts into the basement, or perhaps into hell, riling up a cloud of dust.

The entire exhibition ought to follow his trip to the nether, or it ought to at least be quickly forgotten about. 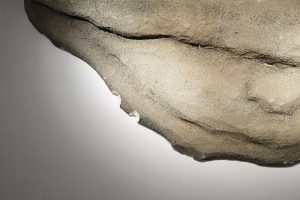 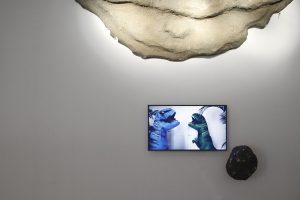 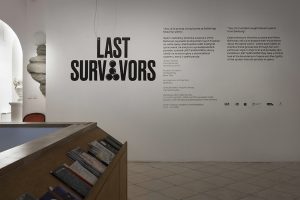 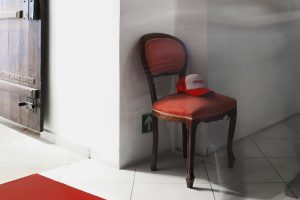 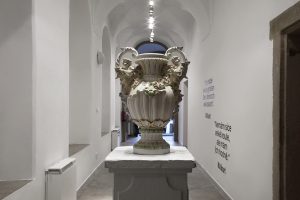 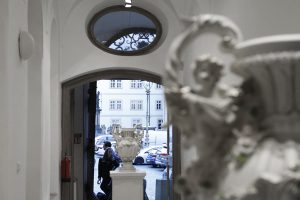 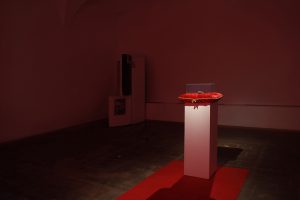 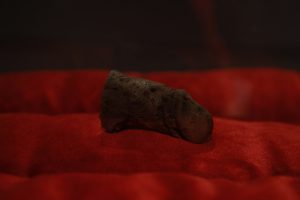 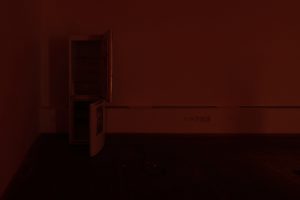 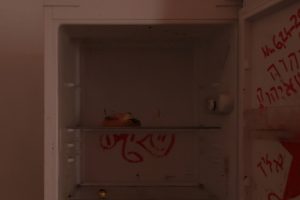 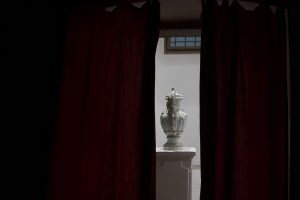 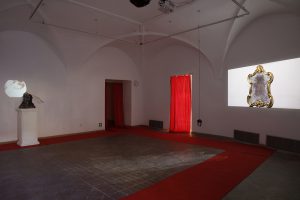 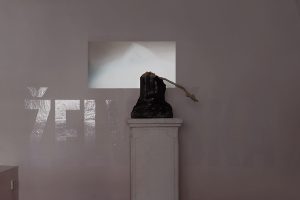 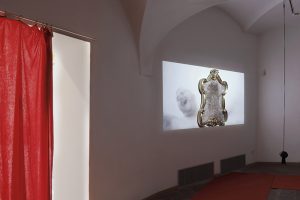 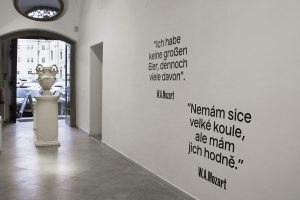 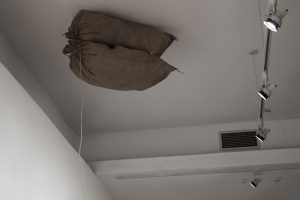 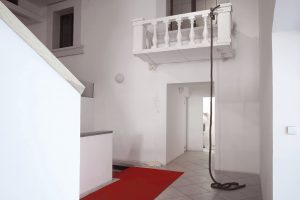 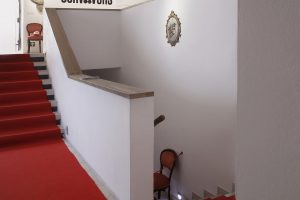 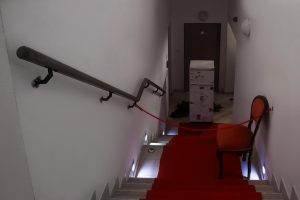