Can physical movement be considered a metaphor for our thought? Can we understand it as a method which allows us to relate to thought processes by other than verbal means? The project was constructed around these questions, and connects the exhibition with a series of lectures, screenings and discussions which will be realized in GAMU throughout the upcoming year. Their shared interest lies in the zone where contemporary dance and choreography meets visual and fine art, exploring the relationship of our bodily movement and its structure with various aspects of our reality. The project entitled Choreography of Mind is supposed to offer an initial definition of the whole project, a process through which discourses of contemporary art and dance find their place in their local situations. That is also why the exhibition, which will be realized in the gallery space, is most importantly a platform for live dialogue and is supported by an accompanying program.

The selection of the presented works focuses on a few aspects of the relationship of choreography and bodily movement to contemporary artistic practice in the gallery sphere. While the two exhibited works of the Slovakian artist Zuzana Žabková are a great example of the synthesis between the work of a choreographer and visual artist which use unexpected shifts in the tasks of both these fields, the work created by Hana Polanská specially for the exhibition (in creative collaboration with Ivan Svoboda and a number of other participants) is the outcome of the collaboration between a choreographer, dancer and visual artist reacting to the theoretical discourse pertaining to the exhibition, most importantly the seminal text by Alain Badiou. On the other hand, the fictitious photo-documentary by Janek Rous is an example of one of the situations in which the relationship between physical movement and verbal narration appears simultaneously in the language of contemporary video art.

The accompanying program will consist of a number of events. The first will be a thematic lecture inspired by the essay of Alain Badiou pertaining to the understanding of dance as a metaphor for thought which might tease out the parallels of this relationship among the global works relating to these two fields (Viktor Čech). The second will feature a moderated discussion panel with a group of invited guests, asking about the relationship to physical motion, and the ideology and conceptual framework in the sphere of contemporary art.

In this video, the artist has used her experience of working as choreographer as, based of the taxonomy of classical French dance, she wrote a poetic text which, in the Slovakian language, achieved an autonomous literary sense. Dancers dancing on a neutral black background applied it as a formalized expression of dance with its own abstract values. The voice which reads the text replaces the musical component and simultaneously creates a contrast between its lyricism and the concrete technical take on the choreography. As in many of her other works, Žabková developed her complex approach using techniques of the media of choreography in a shifted context which simultaneously explores its boundaries. In this sense, the much more flexible and wider field of visual art serves as a space for realizing her unique artistic discourse which at the same time retains its grounding in the art of dance.

In this video, the author multiplied the figure of the conductor managing an invisible orchestra. Each of its individualities, which conducts one part of a Psalm written by a different composer, received a “choreography” determined by the moving camera. This creates for not only a poetic visual study of this specific language of movement, but also a special inversion of its paradigm, where that which controls and directs becomes a subject of aesthetic analysis. The author shifts the semantic language of the conductor’s gestures, which are at the same time a demanding aesthetic and expressive form, moving from a type of gestural language towards a combinatorial game with the individual performers’ movement qualities.

The fictitious documentary of Janek Rous is not only a verbal narration developed around a real-life story of one unnamed place, but also a visual and gestural expression of a small drama which reflects our recent past, our present and the crisis of values connected with it. The gestures and movements of that anonymous narrator and the movement of the camera are also an interesting example of the relationship between gestures and bodily movement which the narrative fiction applies to it, which creates the basic framework of the resulting artistic message.

In her project created specially for this exhibition, the choreographer Hana Polanská, working in collaboration with artist Ivan Svoboda, dancer Zdenka Svíteková and other participants, created a triptych of videos supplemented by a sound recording which develop a creative interdisciplinary dialogue with the already mentioned text of Alain Badiou, entitled Dance as a Metaphor for Thought.

Video I.
She is not even a dancer:
improvisation and text reading: Zdeňka Brungot-Svíteková
text: Alain Badiou, Dance as a Metaphor for Thought (výňatky)
camera: Ivan Svoboda

Dance as a Metaphor of Thinking? (lecture by Viktor Čech)

Ecosystems of Movement and Thinking (panel discussion, Hana Turečková Polanská and Zuzana Žabková in an interview with Viktor Čech) 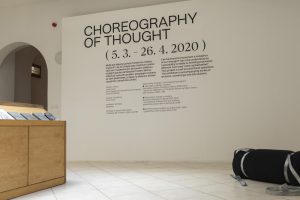 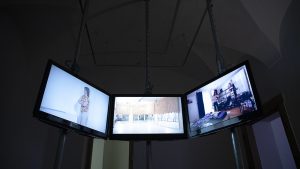 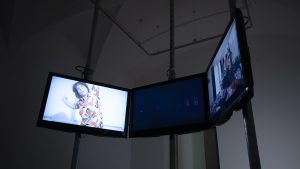 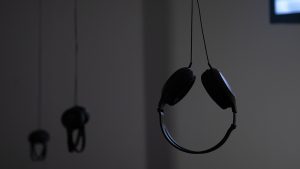 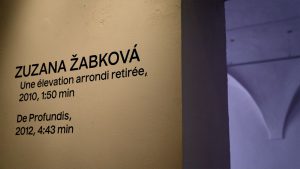 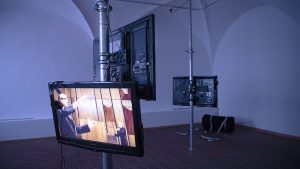 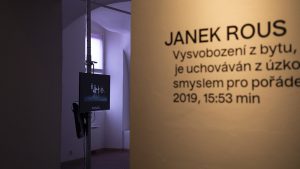 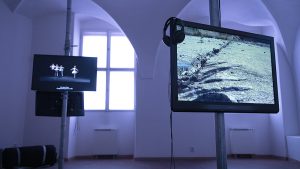 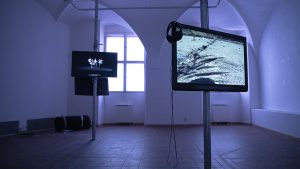 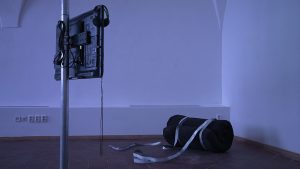 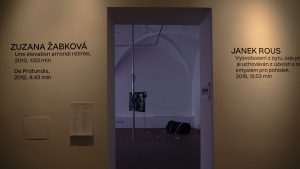 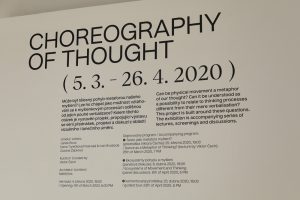