The exhibition entitled The Economy of Hearing focuses on the idiosyncrasy of that which we tend to view as the natural state of being – we understand the reception of sound input as pure information bereft of the incessant reminiscence of our everpresent embodiment. The exhibition attempts to frame hearing as a bodily and social phenomenon, one which is furthermore inextricably linked not only to our biological essence and individual self identification, but also to the mechanisms of self-care and the commoditization of the human body.

Hearing is one of the primary senses which allow us to interact and communicate with the surrounding world and is something which most of us regard as a given necessity. Our society is deeply rooted in communicating by means of sound expression, which allows us to mutually interact. Listening to speech or music is however just one of the many tasks which the aural organs accommodate.

Sometimes we forget just how much the perception of sound is inextricably connected with our own bodily presence. The physicality of our being in a three-dimensional world correlates with a ubiquitous soundwave soundscape, as much as it does with our perception of balance, determining the position of the body in relation to gravity. The aural organs also play a seminal role in this case as well. Throughout our lives, we move in a macro-world of acoustic ecosystems and within an economy of mutual information exchange carried by acoustic codes, but we also perceive our own physical presence within them in part due to the aforementioned organs.

This exhibition project is not in any way an attempt to enframe a systematic or educational view on the given problematic. It is rather a dialogue of the curator with three artists whose work manifests its particular aspects. It has also definitely been influenced by the curator’s personal experience, and his own particular handicap which forces him to perceive the specific embodiment of hearing, and the often unequal economy of social interaction based around sound perception.

As part of her project “Recreation / Virtual Wellness” Andrea Pekárková has for a long time been developing the questions of creative therapy for issues connected to contemporary technological civilization and its various forms
of psychic hygiene. Her main expressive medium is based on graphic expression carried by a contemporary digital visuality.

In his endless series of figurative drawings and aquarelles, Vít Svoboda rather takes the path of constantly examining the physicality of artistic expression and its relationship to personal bodily identity. The ear and hearing functions as a recurring motif and constitutes a seminal moment of our bodily experience.

Ivana Pavlíčková’s work straddles the overlap between two seemingly opposite artistic worlds. On the one hand, she works through the physical and implicitly material medium of ceramics, and on the other, she develops a virtual world in 3D computer graphics. Much like in today’s world, however, these two levels constantly overlap, for example in our use of touch screen interfaces. Her work thus incessantly leaks between a sensuous specificity of
the object, and its illusory nature. Here, she reacts to perceiving the ear as an organ connected with the moment of physical contact, its sensuousness and personal hygiene, constantly reminding us that hearing is not just an abstract
process. 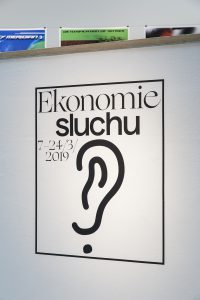 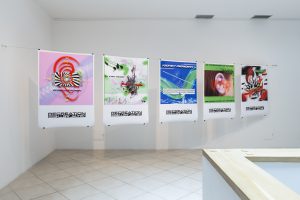 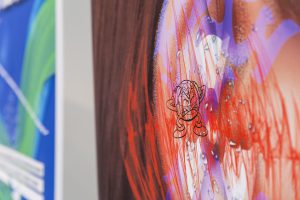 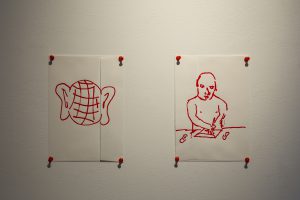 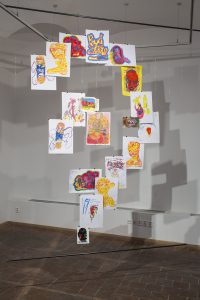 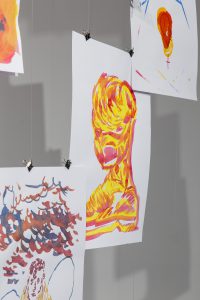 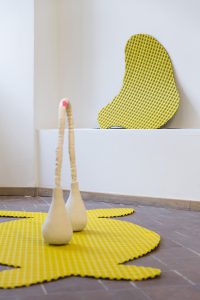 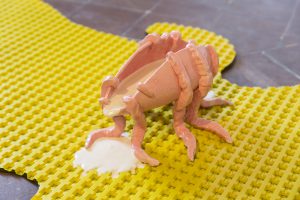 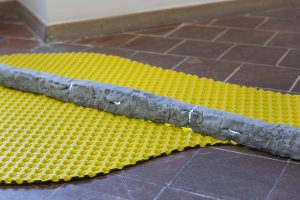 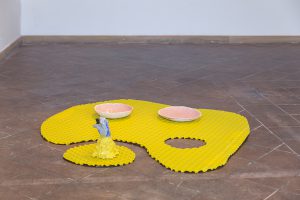 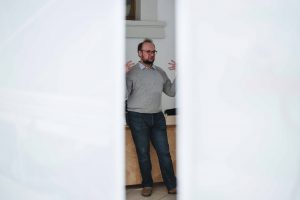